The impact of climate change isn’t only felt in rising temperatures and more frequent extreme weather. It’s also evident in boardrooms as companies grapple with the new reality that public sentiment and policymakers have made climate change-related risks a more critical and urgent challenge than ever for businesses to meet head-on.

While climate change has long been viewed as a horizon catastrophe whose bill won’t come due in our lifetimes, its costs no longer seem distant. Wildfires in California in 2017 and 2018, amplified by extremely dry conditions, led to utility company PG&E filing for bankruptcy in January of this year, when it faced liability for damages. Transition risk is increasing, too, as automotive companies struggle with new emissions regulations while disinvestment quickens in industries reliant on the most carbon-intensive fossil fuels, such as thermal coal. 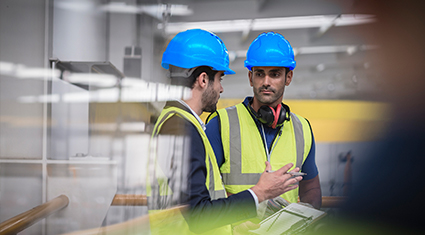 How to Future-Proof Your Business Against Climate Change-...

The challenges and costs of transition are heightened by a rising swell of public opinion. A vocal generation of young activists led by Greta Thunberg and the Youth Climate Movement is demanding urgent action on climate policy, which could jolt business leaders to focus on mitigation and resilience strategies. The Zurich Climate Change scorecard shows that climate change-related legislation and regulation has reaccelerated, and the number of new legal initiatives has increased markedly compared to the same time last year.

"Young people are the ones that need to put this up on the agenda, and they're doing it,” says Charlotta Groth, Global Macroeconomist with Zurich Insurance Group. “But clearly we need business leaders and political leaders and individuals to all step up and do more.” 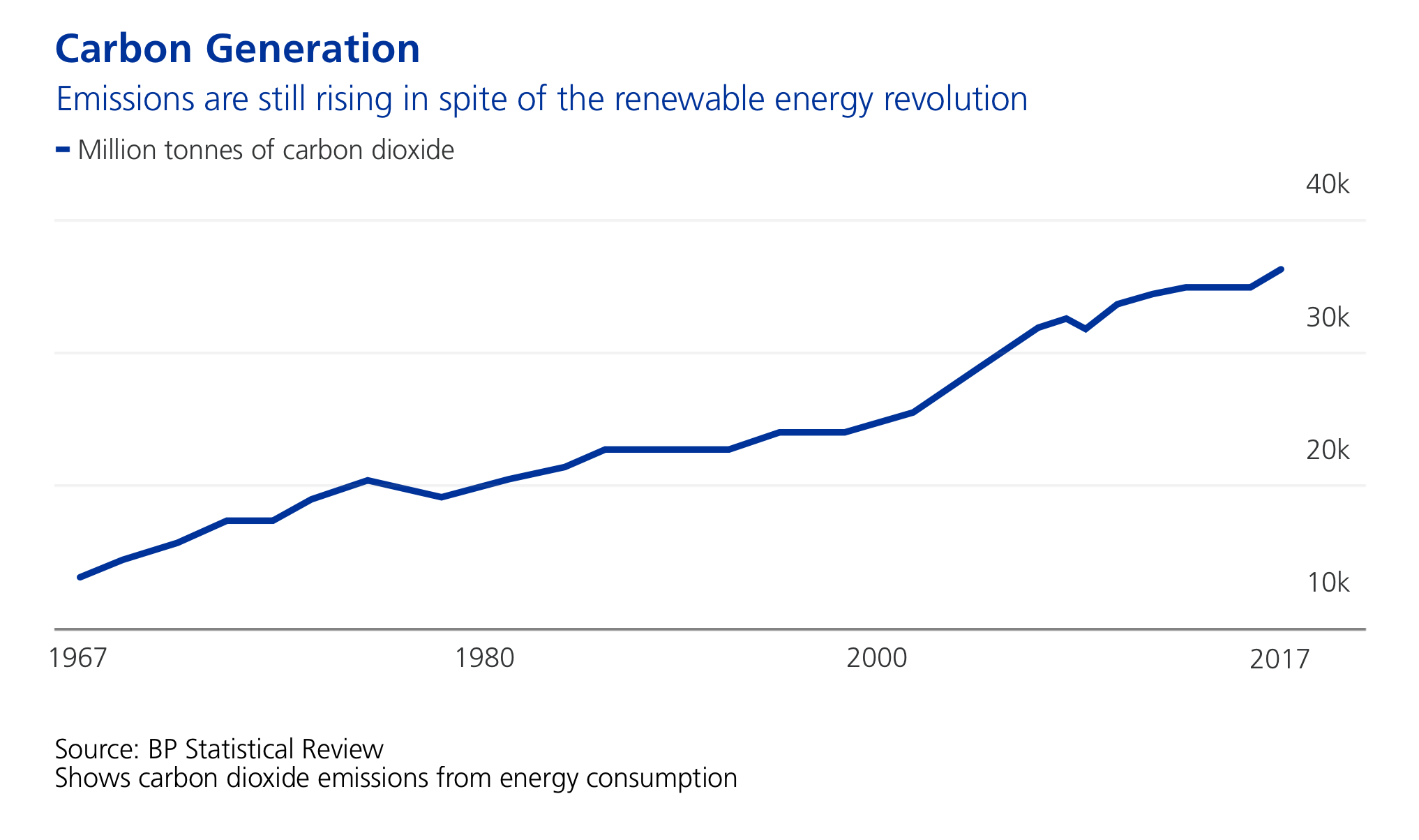 But that is a shift too few companies are primed for. According to Managing the Impacts of Climate Change 2019, a report published by Zurich Insurance Group, corporate emphasis has stalled on climate issues like energy efficiency and greenhouse gas emissions.

Alison Martin, Zurich’s Chief Executive Officer EMEA and Bank Distribution, says the changing public sentiment means that companies that have historically prioritized shareholder value increasingly recognize that the voices of other stakeholders—customers and the wider community—are just as important.

“Consumers vote with their wallets,” she says. “They turn away en masse from companies they don't perceive as being part of the positive narrative in addressing climate change. No business leaders in their right minds would ignore that.” 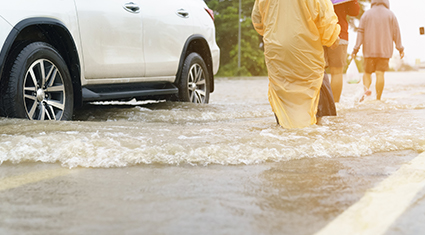 Threat to Infrastructure Means Businesses Must Prepare to...

Reputational risk management in the era of climate-change risk has become an added concern for business leaders, who face the fraught task of aligning current market demands and future sustainability with the fickle tide of public opinion.

“The business sector as a whole still appears to be lacking ambition on climate change. This reflects a missed opportunity." — Managing the Impacts of Climate Change 2019

And since typical business plans only cover three to five years, and the imperatives of mitigating climate change stretch into decades, legacy businesses cannot easily pivot from core services that drive cash flow into a less carbon-intensive model, no matter how ardent well-intentioned public sentiment becomes.

“There's this trade-off between how long can you afford to run your legacy business from a cash flow and dividend yield perspective and how long can you afford to run it from a climate change perspective,” explains John Scott, Head of Sustainability Risk at Zurich Insurance Group. “It's not as simple as the financial industry investing in green. There are enormous technical and other economic challenges for carbon-intensive industries that deliver the fundamental services that all economies depend on to shift to lower-carbon delivery of those services.”

That makes it all the more important for companies to focus on sustainability and position themselves as forward-thinking and responsive to public concerns about climate change.

Committing to a sustainable model that reaches beyond the next earning cycle demands a holistic analysis of climate change risk that identifies broad business and strategic risks, and offers a granular view of those risks, and a mitigation strategy that includes insurance and resilience.

“Responsible organizations would at least say, 'Let's start with the simple things’,” says Martin. “To what extent are we using renewable power? Single-use plastics? You need to ask, 'What are we doing in our underlying business itself to promote this?’”

Martin adds that no business leader is exempt from the scrutiny of a public eager for action. “Maybe you are a B-to-B organization, so you think it doesn’t matter about customer sentiment,” she says. “But ultimately, if you're in any part of a consumer goods supply chain, then your customers' customers may well care.”

It’s vital that business leaders understand, harness and even help shape popular sentiment to set a sustainable course on climate change, but also that they not be diverted by swings in the public mood. For example, many experts advocate a carbon tax as the best means to mitigate climate change, but models indicate such a tax would cause prices to spike and trigger an economic downturn—developments that might sway public opinion against such as measure.

“People tend to think of their pockets first and then to help the environment later,” Scott says. "So I think it's really important that public sentiment keeps driving action. There's a real role for groups from government and business and civil society working together to create trusted sources of information for citizens so that people can understand what needs to change."

Business leaders can help shape public sentiment and government action by being clear about their values and understanding that action on climate change-related risks makes sense economically, strategically and, above all, is the right thing to do.

“A corporation needs to be clear about what it stands for," Martin says. "I think it's the role of companies to do what they believe is right. If that can influence consumer sentiment, great. We may be more effective in influencing government to some degree.”

Scott believes the old corporate attitude of focusing solely on shareholder value is becoming antiquated. In August 2019, the Business Roundtable, an organization for CEOs of large U.S. corporations including Apple, JPMorgan Chase, Amazon and Wal-Mart, broke with tradition by stating that companies had responsibilities to protect the environment, invest in employees and support communities, beyond the interest of shareholders.

“Increasingly companies are realizing that there's more to this than just making money for one stakeholder group," Scott says. "It's about the possibility of having an impact on society and addressing a major global risk, for your own employees, for the communities you live and work in, for customers and other stakeholders."

“If you want your business to survive, you can't afford to have your customers turn against you.” -Alison Martin, Chief Executive Officer EMEA and Bank Distribution, Zurich Insurance Group

Martin says that strategies for responding to climate risk are as complex and unique as each individual company, but she believes that being responsive to public sentiment on climate change is a considerably more simple calculation.

“If you want your business to survive,” she says, “you can't afford to have your customers turn against you.”

In the end, human sentiment and actions could play a deciding role in whether we can successfully mitigate climate-change risks and safeguard our planet for future generations. 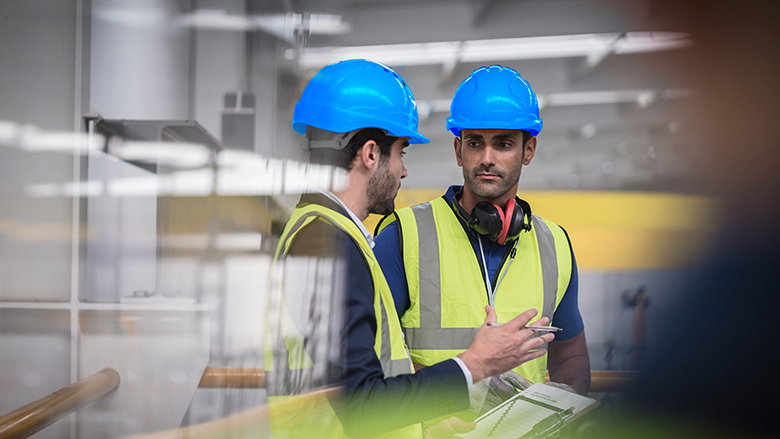 How to Future-Proof Your Business Against Climate Change-... 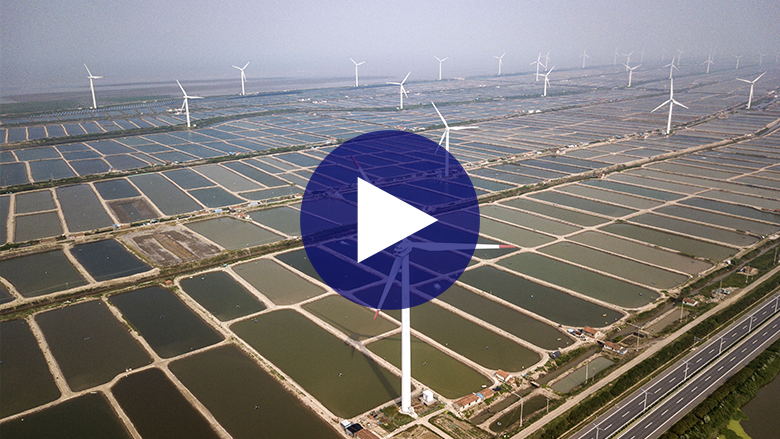 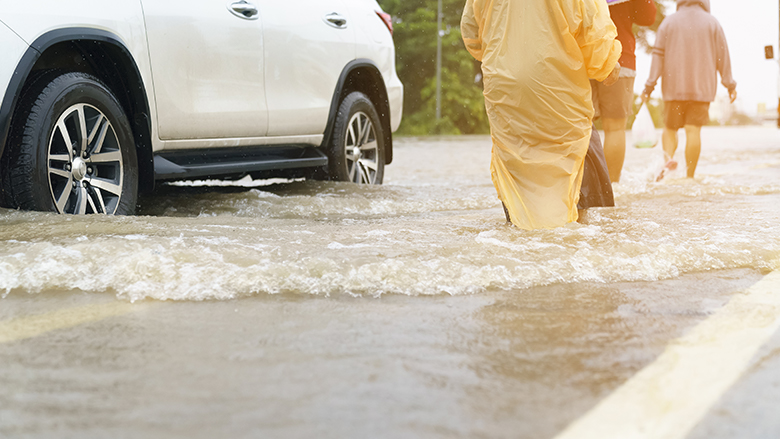 Threat to Infrastructure Means Businesses Must Prepare to...